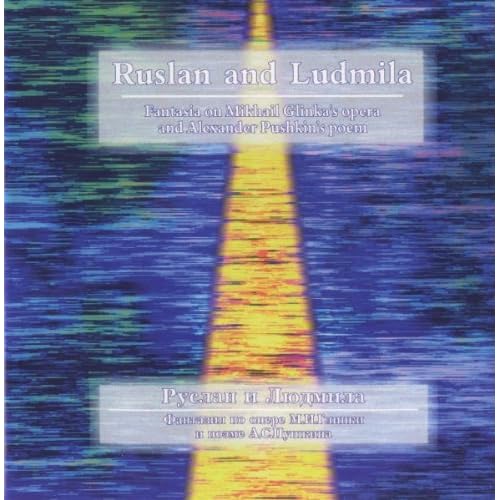 What do you want? Make off! I'm going back to sleep. A just Truth is it, one not said in vain: A massive dome, a pygmy brain! It swelled, it flamed, its pale lips trembled, Turned paler still, were flecked with froth, Its eyes two balls of fire resembled, Great clouds of steam now poured from both Its ears and mouth. And then it started, Cheeks puffing up, with all its might To blow at our hapless knight. To no avail the horse, much startled, Head downward held and eyes squeezed tight, To push through rain and whirlwind strained; Half-blinded, terrified, and drained Of half his strength, he spun around And ran, for safer places bound.

Ruslan made fresh attempts to guide him And to attack the Head anew- He was repulsed, at him it blew And cackled crazily. Behind him He heard it boom: "Ho, knight, where to?

To flee is most unwise of you, You'll break your neck! Come, my assailant, Attack me, show me just how valiant You are! But no, you'd better stop; Your poor old nag is fit to drop! The monster's leer Left our young hero quite undaunted Though sorely vexed.


He raised his spear And at the Head the weapon flung, And, quivering, the brazen tongue It pierced and there was to remain Stuck fast in it. Of blood a torrent Poured from the maw. The great Head's pain And its amazement were apparent; Gone was its cheek, its beet-red hue; Upon the prince its great eyes fastened, It chewed on steel, and greyer grew, And though still seething, was much chastened.

So on the stage one of the Muse's Less worthy pupils sometimes loses His head, a sense of where he is When deafened by a sudden hiss. He pales, he quakes, what he is there for Well-nigh forgetting, with an effort Declaims his lines and Our gallant knight, the huge Head finding To be thus discomposed and dazed, Flew hawk-like toward it, hand upraised And in a heavy gauntlet cased, And dealt the giant cheek a blinding And crushing blow. There starts an echo That carries o'er the gloomy plain. The dewy grass is richly stained With bloody foam.

For nigh a second The great Head sways and rocks, the, lo! But behold! The prince, elated, Now seizes it, and the ill-fated Head follows, bv the fierce wish led To lop its ears and nose off. Routed It lies before him, he's about to Bring down the sword when a low plea, A faint moan stops him. Startled, he Lets his arm sink, his ire subsiding, And ruth, not wrath his actions guiding. As in a vale snow quickly thaws When touched by midday's sunshine flaming, So supplication trims the claws Of vengeance, its brute powers taming.

I promise you, I will obey you, But mercy, mercy, knight, I pray you! And happy I-were't not for my Young malformed brother's rivalry! For Chernomor, that fount of hatred, Alone my downfall perpetrated! A bearded midget and a stain Upon our family's good name, For me who was both tall and straight He felt a bitter jealousy, But hid his all-consuming hate Behind an outward courtesy.

I have been simple ever, While he, this wretch of comic height, Is diabolically clever And full of viciousness and spite. Besides-I quake as I confess this- That fancy beard of his possessed is Of magic powers: while whole it stays That true embodiment of evil, The dwarf, is safe from harm. Fascinated, I studied hard and learnt the meaning Of secret words, in this wise gleaning A truth to great fears giving rise: That this sword, so the skies portend And fate wills, both our lives will end By parting us, my friend and brother, Me from my beard, you from your head.

We must procure the sword, none other, And 'thout delay'. We need not tarry! You'll point the way out. Come, now, hurry, Get on my shoulder, brother mine; On to the other one a pine I'll hoist.

If need be we will go To the earth's very end. But no! We quarrelled once again. The cause? He raved, I reasoned, so it went Until the wily one, while seeming To yield his ground and to relent, Devised, to work my ruin scheming, A knavish ruse. This sparring, This shameful tiff, life's pleasures marring,' Said he with solemn mien, 'must cease. Is it not better to make peace? Whose sword this is to be, I'm thinking, Fate can decide.

We'll each an ear Put to the ground, and if a ringing Should yours reach first, why, brother dear, You will have won it. Ah, knight, there's no gainsaying I was a dolt, a knucklehead, A perfect ass to have believed him- 1 told myself I would deceive him And was myself deceived instead! The ugly wretch stood up, and, stealing On tiptoe to me from the back, The sword raised. Dastardly attack!

Ere I could turn, my poor head was No longer in its place, alas. Preserved by some dark, occult force, It lives which is no boon, of course , But all the rest of me, unburied, Rots in a place to man unknown; With blackthorn thickly overgrown My frame is; by the midget carried I Just the head was to this spot And left to guard-ignoble lot! For ever after It shall be yours, 'tis only right.


Fate's kind to you; should you, O knight, The dwarf meet, be he e'er so crafty, Avenge me-with this great sword smite The ruthless knave, my heart relieving Of all its suffering and grieving. The juicy smack you gave me I Will then forget, without a sigh Or a reproach this sad world leaving. In fact, their spells need not be dreaded By those of us but newly wedded. But there is witchery and guile, Blue eyes, a tender voice, a smile, A dimpled cheek, and all the rest, Which to avoid, I find, is best.

The honeyed poison they exude Intoxicates; I dread, I fear them. Like me beware of staying near them, Embrace repose and quietude. O wondrous genius of rhyme, O bard of love and love's sweet dreaming, You who portray the sly and scheming Dwellers of hell and realms divine, Of this inconstant Muse of mine The confidant and keeper faithful! Forgive me, Northern Orpheus, do, For recklessly presuming to Fly after you in my tale playful And catching in a most quaint lie Your wayward lyre My good friends, I Know that you heard about the evil Old wretch, the hapless sinner who In days of yore sold to the devil His own soul and his daughters' too; Of how through charity and fasting And faith and prayer sincere, long-lasting And penitence without complaint He found a patron in a saint; How, when the hour struck, he died, How his twelve daughters slept, enchanted.

Stirred were we, yes, and terrified By visions strangely darkness-mantled, By Heaven's wrath, the Arch-fiend's fury, The sinner's torments. We called upon Vadim, exhorted Him to come soon, and when the blest, The holy ones awoke, escorted Them to their father's place of rest. Yet had we been deceived and dare I The truth speak and misgiving bury? Ratmir goads his steed on, his way Toward southern plains impatient making, Filled with the hope of overtaking Ludmila 'fore the end of day The crimson skies turn slowly darker And vainly with his gaze he strains To pierce the haze that cloaks the plains And sleepy stream.

A last ray sparkles Above the wood and paints it gold.

By nighttime's dark, thick veil enfolded, Our knight rides past black, jutting boulders Oh, for a place to sleep! With all a swan's glide, smooth and slov Along the wall there walks a maiden; By twilight's faint ray lit is she, And on the soft air dreamily Her song floats, in the distance fading: "Night cloaks the lea; from far away The chilling winds of ocean carry. 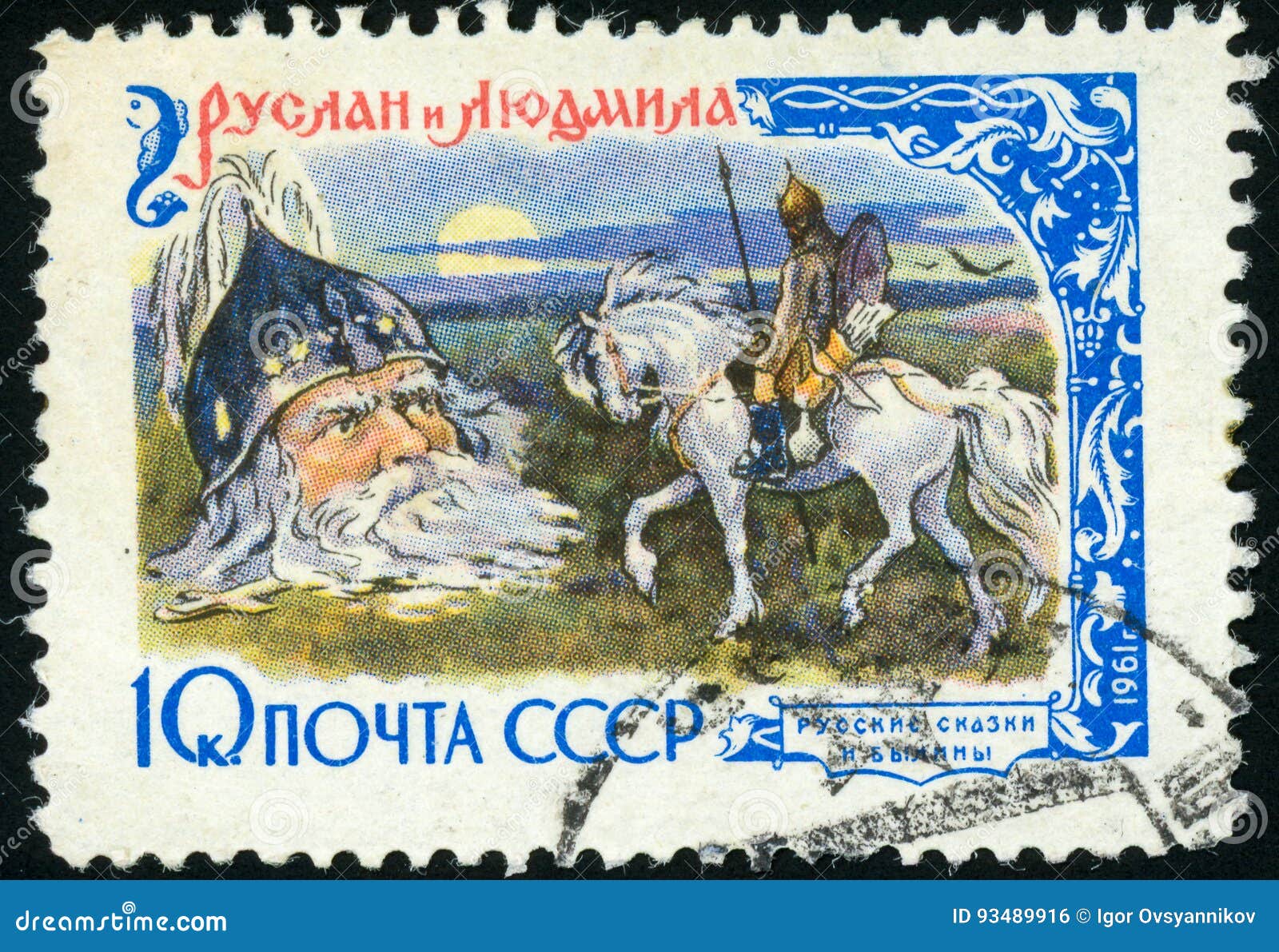 Two of them lead away his prancer. The castle enters he; en masse The fair young hermits follow. As One of his winged helm relieves him, Another 'thout his armour leaves him, A third removes his sword and shield.

The garb of warfare's bound to yield To flimsier dress. But first the splendours Of a true Russian bath wait for The wayworn youth. In torrents endless We see the steaming water pour Into the silver tubs; it eddies And swdrls; swift fountains upward send Sprays that the warm air coolness lend, A breezy freshness; all's made ready To please and gratify the khan. Rich are the rugs that he lies on!

Transparent wisps of steam curl o'er him; The maids, all half-nude loveliness, Around him crowd, a mute caress Hid in their downcast eyes, and for him Care with a wordless tenderness. Above him one waves birch twigs that Send off sweet scents, another, at His side stays put and waxes busy, The juice of spring's fresh roses using To cool his weary legs and arms And drown in aromatic balms His curly locks. 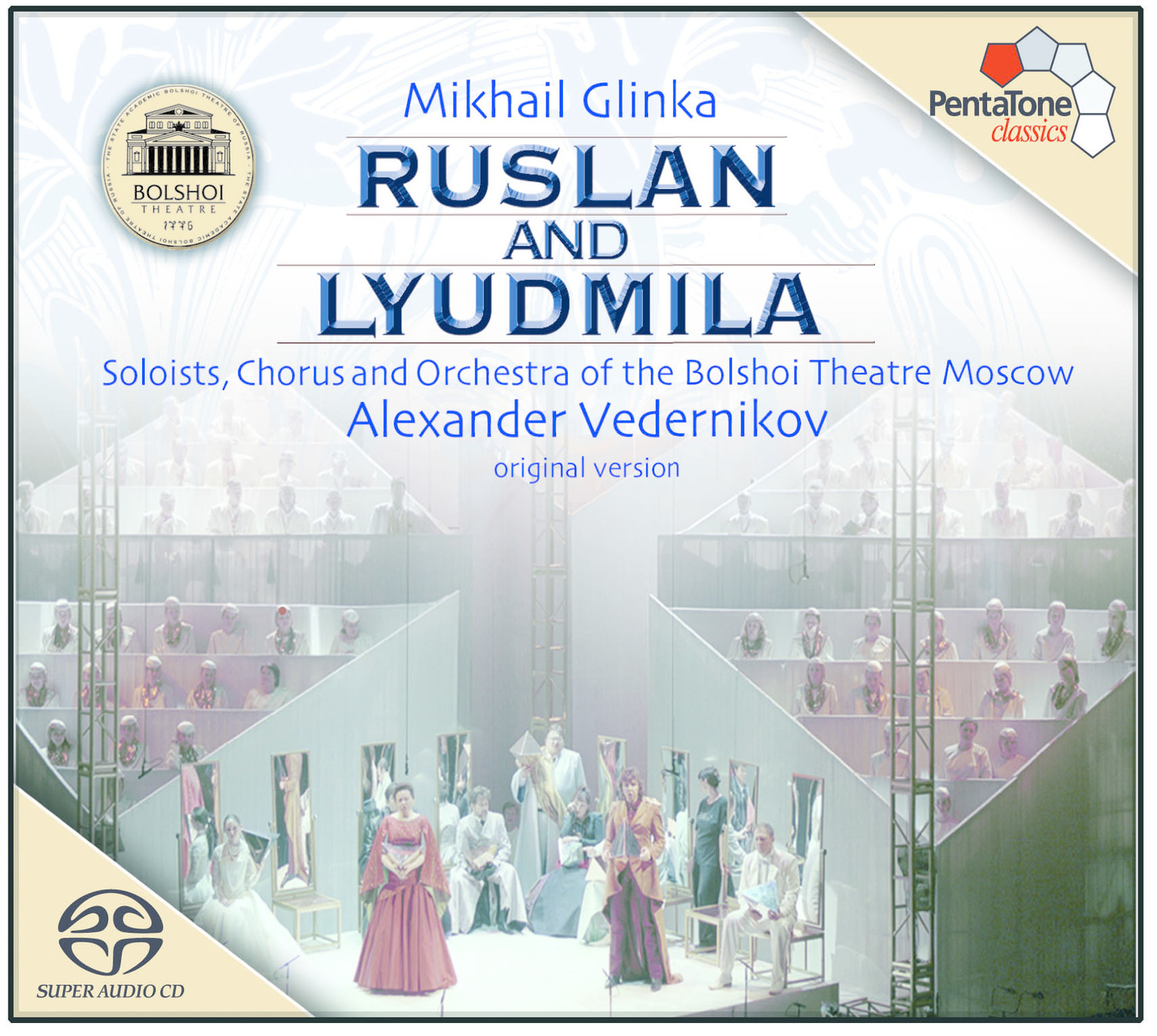 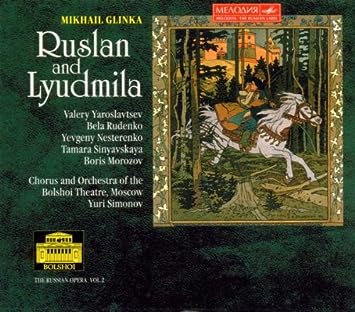 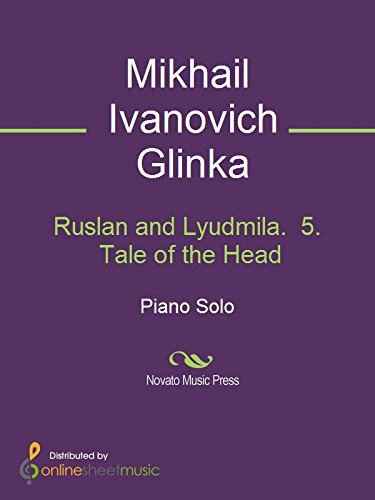 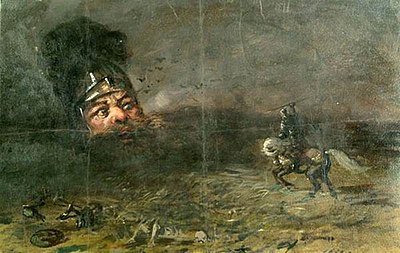 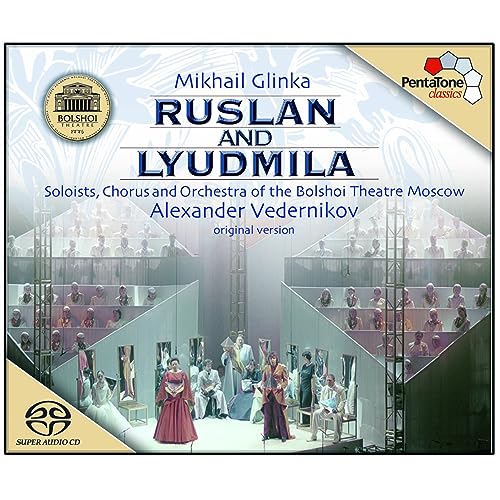 Related Ruslan and Lyudmila. 5. Tale of the Head